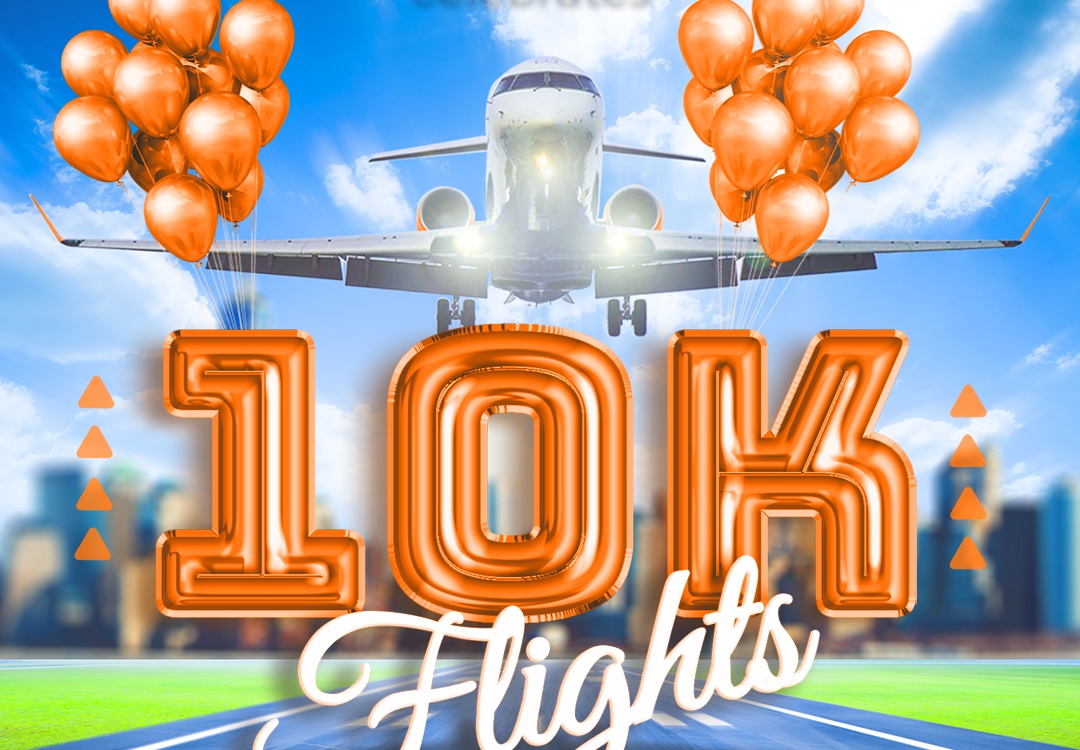 On Monday the 17th of May, Ibom Air’s Flight QI 104 departed from Uyo to Lagos at exactly 4.15pm Local time, making it the10,000th operated flight since the inception of Ibom Airlines.

The 10,000th flight mark comes a little over two months after the 500,000th Passenger was recorded on the 1st of March 2021, a figure that has since been exceeded.

The Uyo Lagos bound Passengers had the opportunity to have their pictures taken with the banner announcing the flight, just before they boarded. They also had a little extra something in their goodie bag as a way of saying a special thank you.

The COO of Ibom Air George Uriesi who led the team of Ibom Air staff at the foot of the scheduled flight, was on ground to welcome passengers to the historic flight along with other management staff. He used the opportunity to thank the flying public for choosing to fly with Ibom Air, “an honor we do not take for granted” he said.